I Trade in Words to profit my World

Words are the units of Creation! 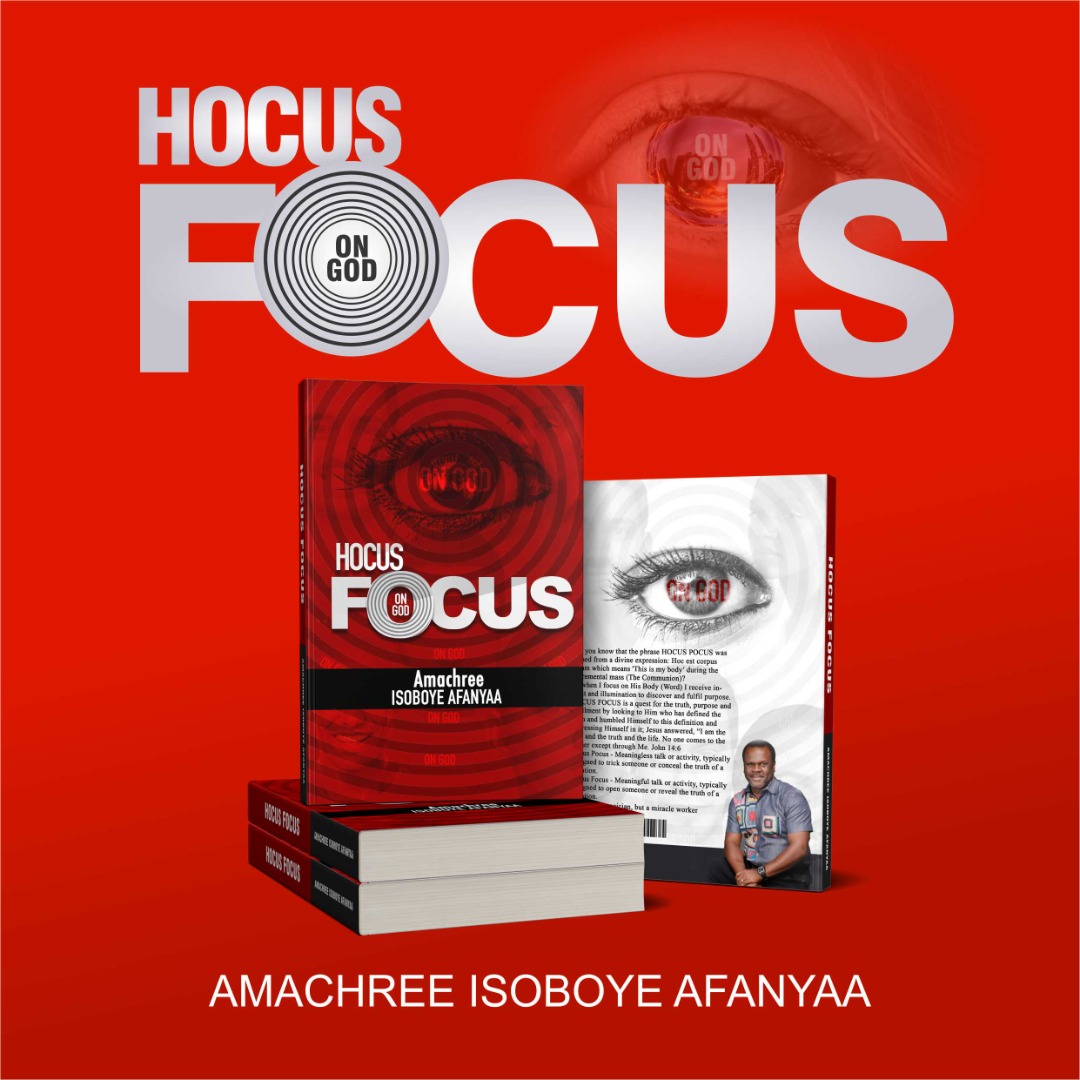 In Hocus Focus, Amachree points out the stark contrast between a magical, mysterious perspective of life and one in which the “pocus” is replaced with focus. He leads us in the direction of the Source of the information we need to focus on, in order to move from the realms of mystery to mastery in our life’s journey.

Books Changing People and Cultures Across The Globe

Become a Part of Our Community

Get refueled with all my podcast

“Books are the quietest and most constant of friends; they are the most accessible and wisest of counselors, and the most patient of teachers.”

Memories are moments we capture and store in our hearts as treasures and we always go back to them in the bid to live again, to make a wish like a little child for the hand of the clock of time to go backwards and the years gone by to return to us ‘green’ after the semblance of a fresh leaf opening up from its origin and reaching for the sun to receive strength in form of energy to blossom into a tree amongst other trees to provide a great and beautiful vegetation.

“The days before these pictures were taken, I won’t forget in a hurry, because they opened up to me the true meaning of been given life and living it unapologetically”

We actually do this, in the picture we take of ourselves, be it a still or motion picture. We return to them and memories come flooding our paths, some of which we try to forget and throw away far within the recesses of our minds, while the very best, we keep right in front of us, yes in the active library of our minds and we access them perpetually and eventually frame them for keeps eternally on our walls, be it in concrete or digital forms.

The frame herein, are two pictures of me with so much stories behind them. These stories have come to define me as an individual and points to two significant figures in my life that God has used to influence me and inspire me with their ‘illumina’ revealing the power that is resident within the human spirit and when activated rightly makes tremendous power available in bringing about true and positive change.

I know you want to hear my story, the images you see are calling on your attention, the squinting eyes with hands in the pocket with a cream shirt and a bow tie on a vintage scenery and the broad face with a smile that is somewhat hiding a laughter, but revealing a satisfied disposition on a colourful patterned attire adorning a blurry silvery background after the similitude of an azure sky ready to let down its liquid contents only. They both have great stories behind them!

The days before these pictures were taken, I won’t forget in a hurry, because they opened up to me the true meaning of been given life and living it unapologetically.

The first picture obviously was taken from way back, I was 4 years or so then. This was after I recovered from a health challenge that almost took my right leg off, amputated that is. It was a blood infection that affected the bones in my right leg, my tibia and fibula became weak and breaking off like crackers biscuits and I could literally see them and feel them dropping off through the large wound created by the infection on my skin tissue .

I was immobile for almost a year and the Doctors wrote me off and said to my mama, you just have to take it off before it spreads and cause more damage, but I could hear mama’s cry to Him, yes The Creator and she was telling Him what He promised, what He gave to her and she never for one day entertained the Doctor’s report.

It was a long journey to walk again and Mama never let go of His hands, holding mine closely and reminding Him of His promises. He came through for Mama, He healed her boy, He created something new, that even the Doctors were amazed and on that very morning, when the story was complete, tears running down her face, tears of joy that is, she dressed me up and took me to the neighborhood photographer by name ‘Onye Photo’ which translates to MR. PHOTOGRAPHER. Take a picture of my son, capture him walking, and yes picture him running again and calling me Mama. The pride of every mother is to see their child, yes their Children walk, fall, stand up and walk into their arms of safety and warmth.

Life is in seasons and living is in phases. 2017 was a unique year in my life, it was the season I came into the fourth floor in the cycle of time. It depicted for me my Chronos and Kairos moments, the quantitative duration of my existence in relation to the qualitative opportunity which presented itself. My wife had a surprised birthday party for me to express her love and care for me, she gathered family and friends and made sure I had real fun.

Within the first quarter of that year things began to change at work with respect to certain unforeseen movements that saw me taking up a new job role and certain responsibilities which brought me into a level of visibility that attracted the attention of certain eyes who felt, it was meant to be them and not me. I was not oblivious of this, because it was the least of my worries, as I was determined to give the best of me at the time to what has been presented to me.

Within that same year by the fourth quarter, things took a dramatic turn at the office, the self-interest and agenda of certain individuals within my unit began to play out and this play brought about a level of toxicity that was ‘cultic’ and made it difficult to operate in a friendly atmosphere and by November of 2017 I was moved from Corporate office to the field operations office and this move affected me on a level to pushed into the zone of depression, because I felt like I deserved better in terms of visibility and appreciation. All of sudden, a year that started with celebrations for me, ended on a very sad note, I became very unhappy and this affected my relationship with my family, most especially my wife.

I was in this zone for a while and just couldn’t let go and live. I was stuck and retrogressing. My wife tried reaching me on so many levels to encourage to see the best from this and move on, but I just couldn’t get myself to see what she was pointing at, I was practically immobilized, I just abandoned myself to the situation and surrendered my will to its wind which set me on course that took me farther and further away from living. I refused to take charge of the moment and was just sailing blindly, but my wife never let go, she never gave up on me. She kept on praying, talking and loving on me.

Her love by God’s grace came through for me, it broke through the barriers I had created around my mind, isolated from my purpose. When the walls came tumbling down and my smile started to return and my face lit up with joy, because I had come accept where I was at that moment in the cycle of my life and make the best of it, making it count and not go waste.

So one faithful morning within this period, I just had that same feeling after recovering from my health challenge. I needed to capture that moment. So I told my wife I am going to the studio to take a picture and she just smiled at me without muttering any word, but in her smile, I saw my mother’s , when she took me to ‘Onye Photo’ to create that memory I am writing about now.

So I picked up what to wear, a gift she gave me that I left in my wardrobe for years. When I stepped into the studio, all I felt was that little boy in front of ‘Onye Photo’ and just let out that emotion effortlessly, I took a pose that that connected with the lens of the Camera and the man with the Camera couldn’t resist, he just clicked away, capturing that very moment and memory. When I showed the picture to my wife, she fell in love with the image she saw and smiled and then she uttered a sentence “that is my Boaz, my Bobo for life”. She calls that picture, my picture and wants to see it on practically everything I publish.

Nothing gives a wife such satisfaction to see her husband happy, joyful and smiling not because of the materials he has acquired, rather because of the essence he has discovered and living, whose effect is impacting on her.

Get the Trending News from Our World

Our Esteemed Clients and Readers

I Trade in Words to Profit the World. A Profilic and gifted Writer.